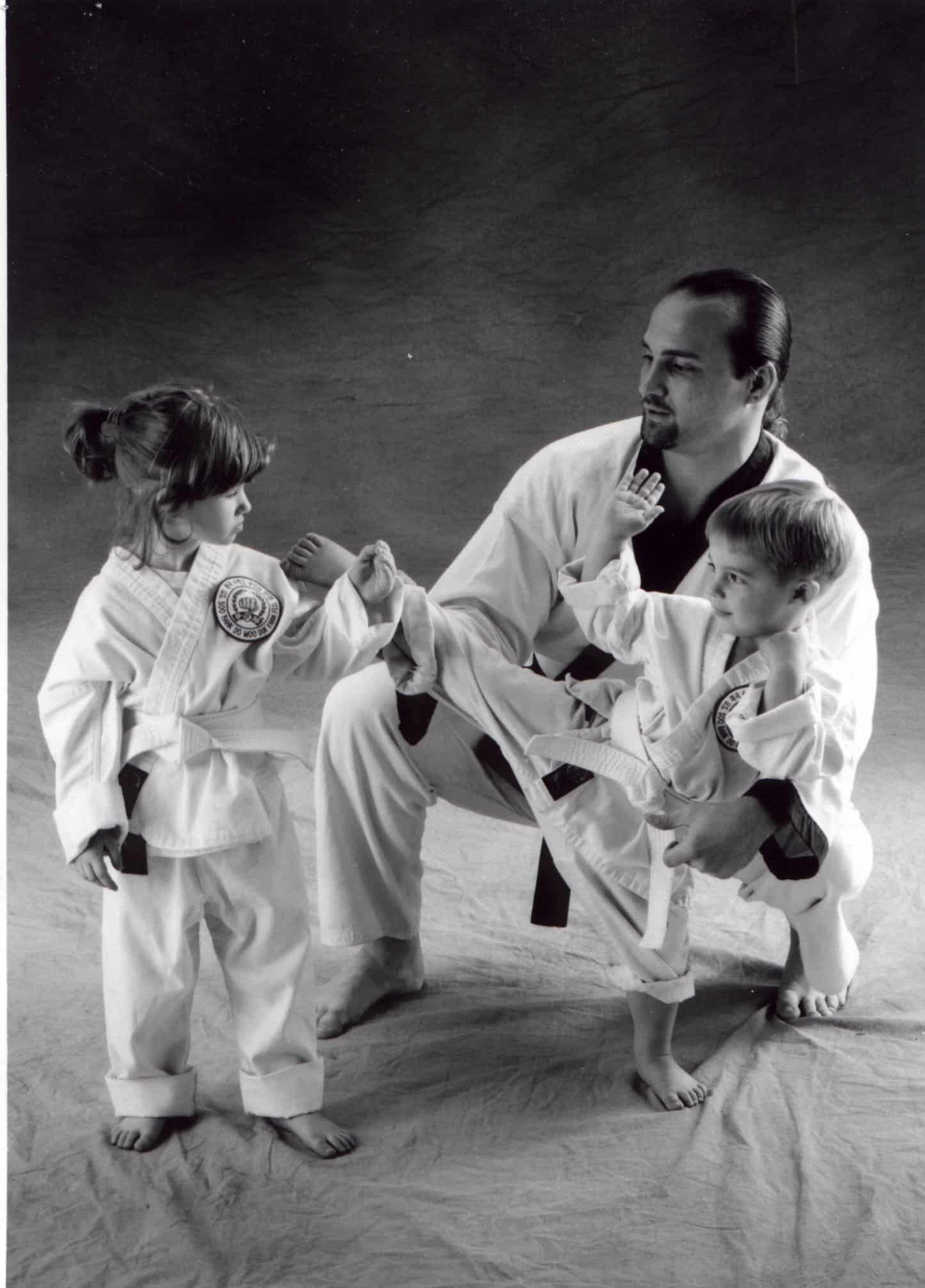 Dave Willard is a national and internationally certified 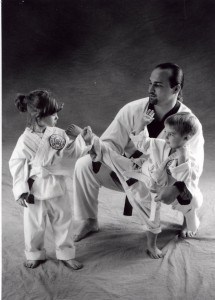 Master Instructor in the Korean martial art style Soo Bahk Do Moo Duk Kwan. He began his training in 1983 under the guidance of Marlene Kachevas Sa Bom Nim. He still actively trains and teaches, striving to improve his knowledge and understanding of the martial art. He has been instructing children (4y +) and adults since 1986. In 2017 he earned his 7th Degree Black Belt (Master Level) after an 8 day intensive exam.

Soo Bahk Do Moo Duk Kwan is a traditional Korean Martial Art. It was founded November 9, 1945 by Grandmaster Hwang Kee. Its purpose is to develop every aspect of the self, in order to create a mature person who totally integrates his/her intellect, body, emotions, and spirit.

he scientific use of the body in methods of self defense, combined with a strict philosophy guiding the practitioner towards discovering their full potential. Soo Bahk Do, translated means “Hand Striking Way”, and is the means to forge a body towards gaining ultimate use of its faculties through intensive physical and mental training. It is an art of self defense and philosophy that’s secrets cannot be bought at any price other than serious and rigorous training. It is an art tempered on the lawns of Buddhist monasteries, against the steel of wandering bandits and on the fields of combat, its history is a long and honorable one.

WHAT MAKES SOO BAHK DO DIFFERENT FROM OTHER STYLES?

There are many fine styles of martial arts. Two of the many things that separate your art (Soo Bahk Do) from all other arts and make it unique. Soo Bahk Do strives for mastery of the whole body, not just kicking and punching. Challenging techniques ranging from quick and spontaneous movements to slow graceful flowing movements gives not only variety but also challenges everyone. Second, many styles teach effective self defense and fighting principles but Soo Bahk Do offers much more than just that. Learning fighting techniques without a strong philosophy is to burden society with more dangerous people. WE USE SOO BAHK DO TO REALIZE OUR FULL POTENTIAL AND EMPHASIZE “VIRTUE IN ACTION” DEMONSTRATING COURAGE, DISCIPLINE, CONFIDENCE AND HUMILITY THROUGH OUR SINCERE EFFORTS IN TRAINING AND OUR BEHAVIOR TOWARDS OTHERS. You won’t just hear our philosophy you’ll see it in action. THIS is what makes Soo Bahk Do VERY DIFFERENT!

We use cookies to ensure that we give you the best experience on our website. If you continue to use this site we will assume that you are happy with it.Accept